The Second Ever Reindeer Games

When we were at our other barn, we started one fun event - the Reindeer Games. It was just a series of silly holiday themed games on horseback. We held them on Christmas eve eve (the 23rd), and it was fun to get everyone together right before we disappeared into our individual celebrations. 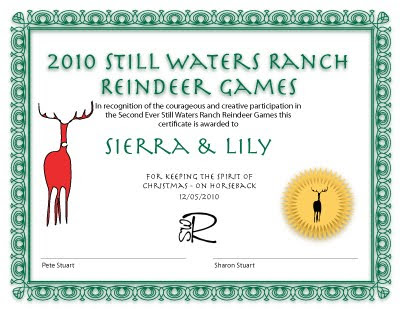 I designed this for the games the first time out,
did a bit of updating for this year.
Then the barn closed, and I was pretty sad about losing the chance to continue many of the traditions we started there. The the barn reopened, but the board was a bit more expensive than our new place and we'd made ourselves at home in our new place.

But I still wander back to visit. Then Sharon said she wanted to do the Reindeer Games again and would I help. We picked a date and it was on! 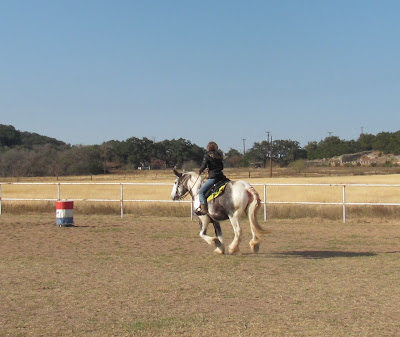 There was a set of Gypsy Vanners there, and there's nothing quite like the sight of one of these lumbering up to a lope. 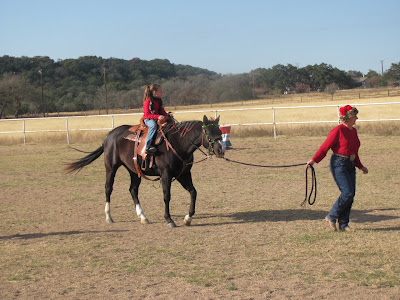 Little Bella was running around in our hand walking category. 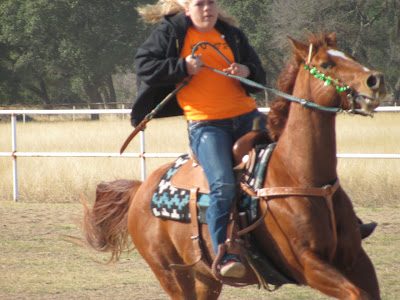 Diego and his girl. Hot barrel horse. Woo howdy, was he a handful. 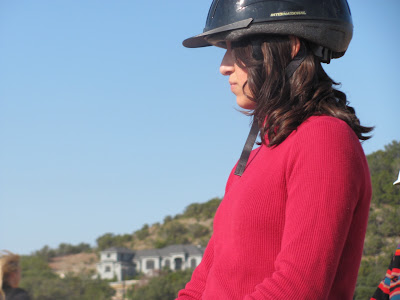 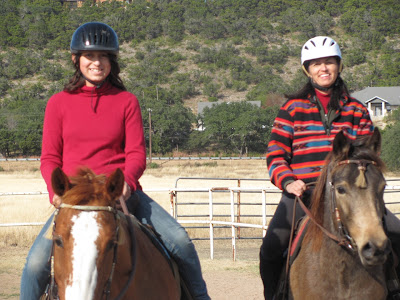 The only team with helmets on. :) 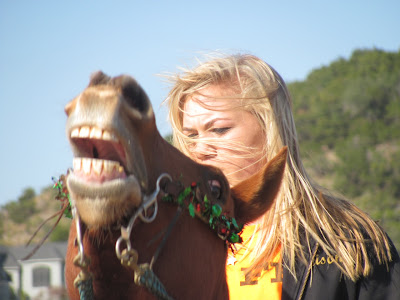 We had the following events:

Barrels - for a warm up

Candy Cane run - two riders go to the opposite sides of the arena, pick up giant candy canes, exchange them in the middle, and run back. Did you know some horses are scared of giant candy canes?

Catalog delivery - Get the mail from the mailbox, then after running back, your team mate puts it back (symbolizing the insane number of catalogs I'm getting)

Tree decorating - Everybody hangs an ornament on the tree at the other end of the arena, one at a time, tag team style.

Jingle bell roll - Using the giant candy canes, roll the giant jingle bell (stacy westfall giant ball) to one end of the arena and two others roll it back.

Smokey and I did pretty well, since we were both participants and event organizers. Having a job to do really helped, and I was reminded of the value of focus. 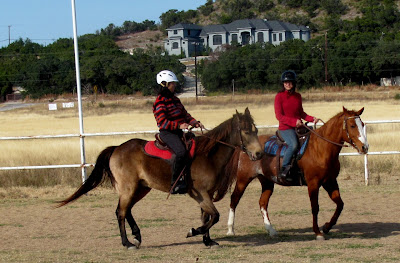 Lily on the other hand, was a handful. Something is up with that girl. She's feeling better (no more limping with the Adequan on board) but she's acting very odd. She actually tossed a few big crow hops at Sierra. I put her back in her tom thumb bit, which she seems to prefer over the snaffle, but I wonder if something is going on with her. She is beginning to remind me of the palomino mare at the clinic.

I'm giving both horses a massage for Christmas, and perhaps she can help me determine if her last big power float has caused some sort of TMJ? Or maybe something else is bothering Lily.

She's the least spooky horse I know and lately she's reacting to things.

So I know something is up. Pain is the only thing I can think of.

She's tough to bit, she does a good deal of gape mouthing, and she just seems worried so often.

Anyway, it was a ton of fun. Hopefully this will be a lasting holiday tradition for us...
Typed in a hurry by Unknown
Email ThisBlogThis!Share to TwitterShare to FacebookShare to Pinterest
Labels: games on horses

Sounds like fun. All the boarding stables around here just board. I'll bet if they organized some fun equestrian events they would have more customers.

Definitely fun and good for you to wear your helmets.

Glad to see those helmets!

Having fun events like this is one of the only things I miss about boarding. We used to do Halloween parties and Christmas parties with the horses too. It was so much fun. Glad to see you were wearing helmets, wish everyone would.
Hope the massage helps whatever is going on with her.

We had a Stable party last weekend...out of the 6 or so places I have boarded...thisn is the second to have a party for the humans! Not just a board ck and a horse to them, really nice!

Loved the event you had, with your daughter too! Neat to be invited back!

Breathe, The Reindeer Games sound like such fun! This Saturday at our class we had one rider in a Santa hat, and I decided to sing "Jingle Bells" To Buckshot as we trotted! (He thinks I need singing lessons!)
That sounds frustrating to not know what is going on with Lily. With Buckshot, if his behavior changes, I think about any other recent changes tha may be contributing factors, and also I watch to see if the unusual behavior occurs in all situations. Hope that helps.

Looks like a blast! Definitely a good tradition to keep up. :)

I sure don't miss boarding with barrel racer kids. Yay for your team's helmets!