Trailers and a Poll

Lately I've been working on trailering. But not with Lily.

Steph and I have been taking the long road with Cibolo, who has been having issues with trailering. He needed to go to the vet, and I had to take Lily anyway, so we planned the trip together.

Cibolo has been shooting out of trailers lately. It's scary for everybody. So we spent quite a bit of time just getting in and being comfortable in the trailer.

Then, a few days later, I offered to help Janis with her horse, who had had a terrible trailering experience when he made the trip to Texas from New Mexico. He needed to get over it so he could get back to loading safely.

I like working on trailering. It's slow. It requires you to stay quiet and calm. With Cibolo, it was all about waiting for his release in the trailer. Then it was about getting him to self load, which always makes him more confident.

It took an hour. Nobody yelled. Nobody waved plastic bags on sticks. Nobody got smacked.

Both need several sessions of work, it's the kind of work I look forward to. I'm probably the only person in the world that finds this kind of training relaxing...

I've been traveling an inordinate amount of time lately.  Horse time has been limited. But I do have one project almost done that I need your help with.

Years ago I wrote a book. It was picked up by an agent who loved it, but it never found a publisher. Then life got busy, I made a few changes, had a few more folks read it and tell me they loved it.

Anyway, I've decided it's time to get it out, and I need your help deciding on a cover. They are very similar, but I can quite settle on a single one!  (For now, I'm not going to tell you what the book is about, but in a few days, I'll spill the beans. The e-book will be available soon, hopefully by Thanksgiving.)

Here are the four covers: 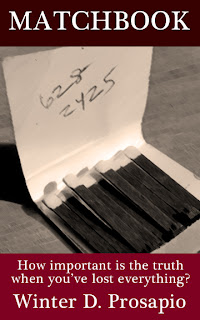 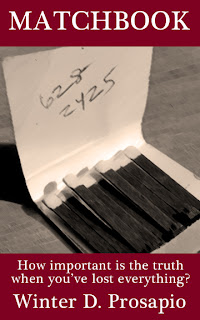 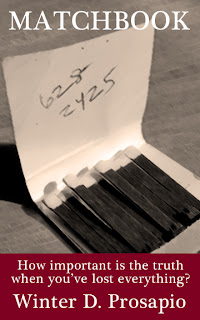 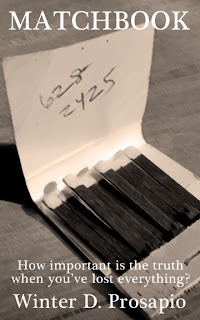 So, let me know in the comments which version you like best! :)


Typed in a hurry by Unknown
Email ThisBlogThis!Share to TwitterShare to FacebookShare to Pinterest

I like trailer work as well. I vote for #4 - it looks cleaner.

#2. Don't know why. Congrats on that - big achievement.

Trailer loading horses is hard - what horse would want to get in there? And doing it slowly is the only way - if you do it fast the horse may get in but the problem isn't solved and may even be made worse.

The first one, for sure.

I like the second one with a little color and it's easy to read. Good luck with it. It sounds intriguing.

I like number 4 for the book cover the best :)
I always enjoy your blog posts :D

I like the first two best, with a slight preference for the second one! Yay and congratulations! I'm so glad to hear you're putting Matchbook out in the world!

I like working on trailer loading too! And it is very important to me to teach mine that the can't fly out of the trailer! Hope it is all going well!
I like the the 4th one. I am not sure why but it sticks out more to me and not too busy maybe? I can't wait to hear what your book is about and from what I see it is something I would be very interested in!!

Trailering is the one thing a lot of riders over here, tend to leave to the day they need it! Its such an essential thing, but why do people do that? I love working with horses and loading is one of my specialties.

I like number 2 best. And you are NOT the only one who enjoys training like that---it relaxes me too. Something about being able to just take whatever time it takes, and celebrate each little try or improvement with the horse is very freeing. I swear it produces endorphins.

Yay! Another book! I like #1. I guess that makes me an oddball.

Although I like the warmer tones in #1 I like the balance of colour in #2. The white titles in 3 and 4 kind of get lost.
I like trailer loading, and have helped a few horses (and their people) who have trailering issues.