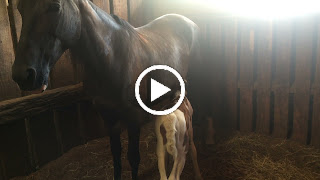 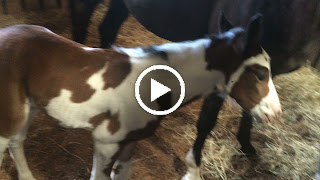 Typed in a hurry by Unknown 3 comments:
Email ThisBlogThis!Share to TwitterShare to FacebookShare to Pinterest

Now before you start thinking I've gone off the deep end and become one of those horse ladies (which I may be), let me assure you that I know this because Lily has very clearly told me she hates black buckets.

And when I say she told me, I don't mean we have some sort of psychic connection or she is painstakingly spelling out words with grain in her stall. I mean she told me because she has told me as clearly as any horse can that she really, really hates black buckets.

Early last year I'd come to the barn and discovered that Lily had pooped in her water bucket.  She has two water buckets in her stall, one red and one black, and she had very specifically pooped in the black bucket. I cleaned out the bucket and refilled it thinking "She probably had a bad day."

Then over the next week I'd noticed she never drank out of the black bucket and pooped in it by the end of the week. I decided to buy her another bucket, a red one to match the one she had.

And she stopped pooping in the bucket.  I pretty much forgot about it. Until recently.

Last week I went to the barn - this time of year is so busy I only get by once a week. Her grain bin was gone and had been replaced with a black bucket. I didn't think too much about it because her grain bin was similar in color, but it wasn't the same material. The black bucket is one of those made out of a thick rubber, almost like a tire.

The next time I came out I noticed she had pooped in it. I washed it out, but for some reason I thought "that was weird, I'll have to check on what's going on." When I came back a few days later, she was out in the field already, and her bucket was pooped in again. I went to the feed store and bought her a little present. I cut off the old black bucket and tossed it in the feed room corner and tied up the new red feed bucket. I wanted to be there to talk to the guy who feeds, but I figured he probably wouldn't care.


When I came in to ride the next day, on Sunday, Lily turned in her stall to greet me.   She usually just stands there a bit stoic, and I reach out to her to say hello. This time it was different. Lily came over to me and put her head on my shoulder.

Lily is not that kind of horse. She doesn't hug.  But she did.

We stood there for a minute, reasting in our funny little embrace. I looked over to check on her feed bin. It had flipped a little so I adjusted the tie. There was no poop in it.

We had a wonderful ride, headed out on the street and walked around the block for the first time. She was amazing. I tossed a few cookies in her bin and she chowed down. Then she posed for the picture above, beaming.

I tell you, sometimes when you get it right with your horse it's the best thing in the entire world.


Typed in a hurry by Unknown 2 comments:
Email ThisBlogThis!Share to TwitterShare to FacebookShare to Pinterest 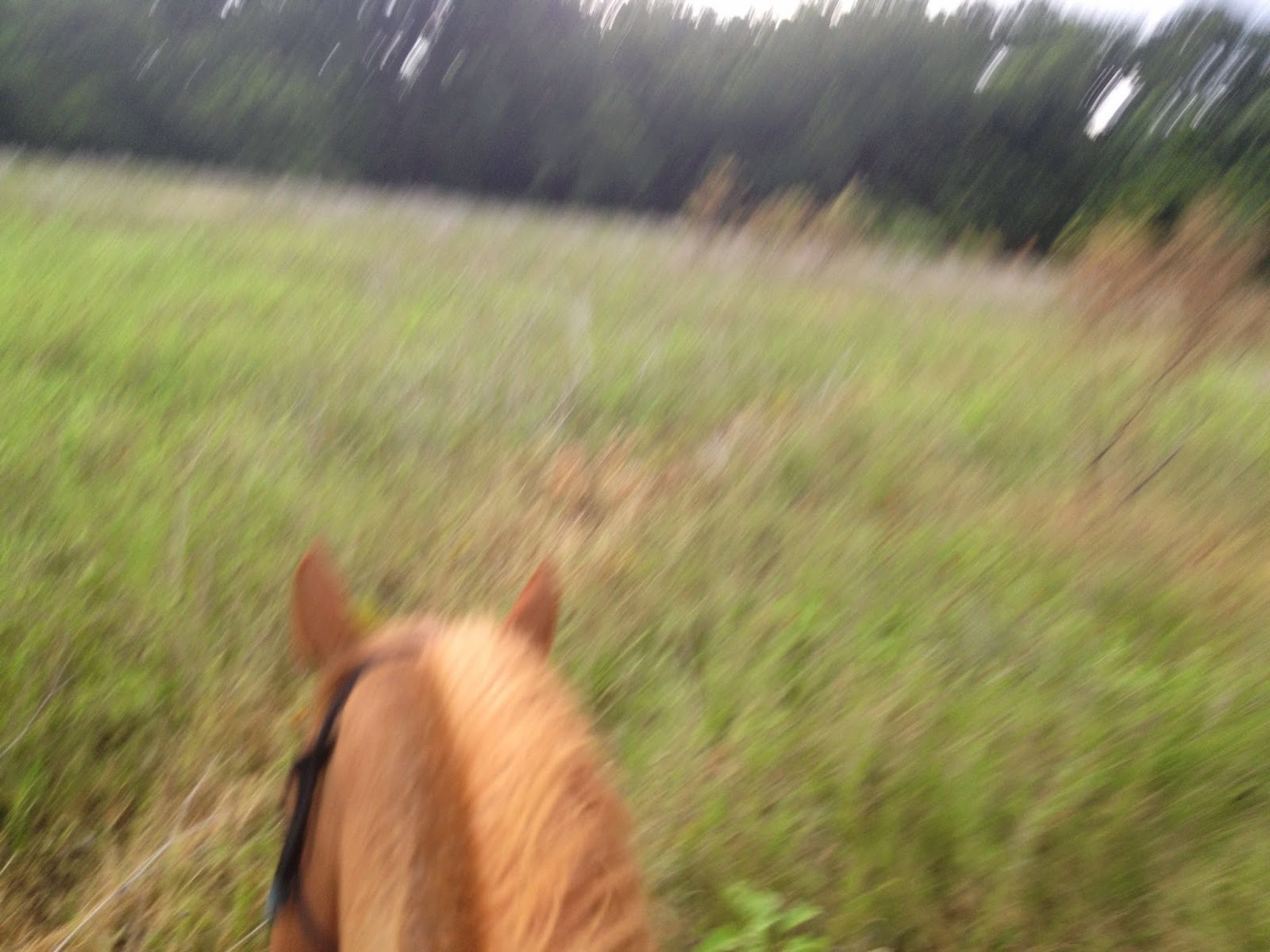 Lily and I have been enjoying retirement.

Okay, I'm not retired, but my riding has taken on a decidely different flavor. Maybe this will sound weird, but I feel like I'm out of the rat race of riding. Riding is now, really, a relaxing part of my life.

I don't hold her hot and cold nature against her. Because we have an understanding. She accepts my quirks, I accept hers.

Once out, sometimes we ride. Sometimes I brush her and inhale her scent. I think she finds that a little embarrassing, like when all the people in the restaurant cave to societal pressure and sing you happy birthday despite the fact that you are MORTIFIED. But she puts up with it because she really does like me.

I bring in my own hay because I want to have the smell of hay on me. I have a sign on her stall so everyone knows she's loved, because I can't get by every day.

I buy her a new water bucket because she HATES black buckets and poops in them.

Horse life is good life, even if I don't have the time I'd like on horseback. But I'm writing, creating, and time in the saddle gets me unstuck.

Which is a wonderful place to be.

PPS: I also FINALLY finished my novel. Has nothing to do with horses. But I think you'd like it. Click here for an excerpt.